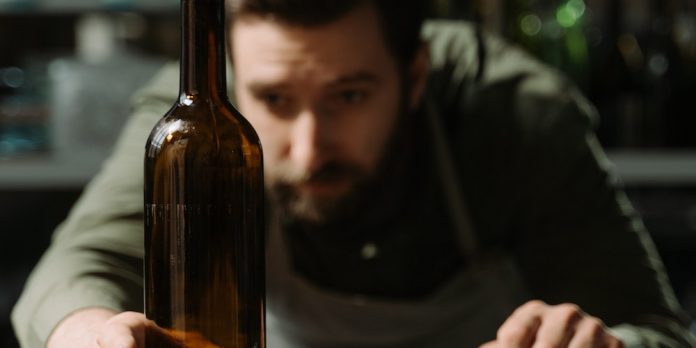 If you don’t have a stag night or your favorite team just won a big game, you probably don’t have any pressing reasons to shotgun a beer right now. Unless you’re this man, shotgunning a drink will never be as moving as the final climax of Say Anything. We figured we’d refresh ourselves and you on the fine art of shotgunning, piercing a beer can, and sucking down its insides like a vampire since life is unpredictable and aggressively teenage recreation is maybe the only sensible answer to this upside-down world. The best approach is to use a shotgun tool, so you don’t struggle. Shotgunning, for the uninitiated, is the act of consuming an entire 12-ounce can of low-quality beer.

Shotgunning entails holding a can of beer horizontally, poking a hole in the lower side opposite the actual can opening, putting said hole in your mouth, turning the beer so that it is vertical, opening the beer “traditionally,” and letting the beer flow into your mouth without any needless glugging. (Don’t worry; here’s a schematic for those visual learners out there. You may also check out this HowCast video, narrated in style reminiscent of Randy Savage’s less popular younger brother Ziggy. And you must, must, spike the can whether you’re shotgunning on a boat, a field, or in line at the DMV. If shotgun theory is to be believed.

So What Exactly Is The Purpose Of Shotgunning?

As a starting point, racing is exciting and enjoyable in its own right. (We really want to make it official: we’re not racing nearly enough now that we’re grownups. When we were young, every 20 minutes someone would boast that they would be the first to the end of the block, the top of the tree, or the safety of the lemonade stand money. Shotgunning, like beer pong, adds a semblance of glamour to the otherwise dull activity of consuming large volumes of light beer. The monotony of your day is quickly dispelled with the addition of a little healthy competition and some sharp, sparkly items.

You’re not voluntarily drinking more than you should; rather, you’re succumbing to the physical and chemical realities of the situation. Because of the potential for excessive intoxication while shotgunning, it is recommended that only light beer be used for this purpose. Stick with the watery macro beers unless you’re a member of the bareknuckle craft beer shotgunning club and can down a 7% IPA in five seconds. They often don’t exceed an alcohol by volume (ABV) of 5% and drink much more smoothly than, say, a double-hopped, barrel-aged, wild-fermented beer.

The second step is deciding which friends or family members to shotgun with (in the annals of recreational drinking, quite sure no one ever shotgunned alone), what to use to pierce the can. The keys to one’s car are always a crowd pleaser, but don’t they also suggest an ominous desire to hit the road? A knife or pen will do the job, but the holes it makes may have jagged edges, making it difficult to celebrate a shotgun victory with a kiss without drawing blood. Also, there’s always the reliable and horrifying “wolf bite” option, when a looney with great dental coverage rips through the can with a canine tooth. This is not a good idea for anyone with sensitive gag reflexes or who isn’t a werewolf.

There is an almost infinite variety of tools at our disposal for puncturing beer cans. To begin a letter? You’re right, and it does the job. Your bear’s claw from the “The Revenant”-inspired tussle you won, presumably. Yup. Harpoon for whales? If it’s tidy, then sure. There was a Kickstarter effort for a product named “The Sabertooth,” which “adds air vents” to the tops of cans to make “smooth, simple chugging” possible, in addition to opening standard beer bottles. Of course, it “makes shotgunning a CINCH!” by creating a somewhat cleaner, broader hole than your car keys could.

What it Takes for Your Smartwatch to Run Operating Systems

Top Benefits of Wheelie Bin You Should Know